We all use Youtube. Whether you’re browsing music videos, catching up on news, watching a vlogger, or seeing instructional videos, you’re one of over 2 BILLION daily logged-in users on the video platform. Youtube is the second largest search engine on the internet, second only to their parent company, Google.

To put it into perspective, 73% of the US adult population uses youtube, with an average of 11 minutes and 24 seconds of video being streamed per day. This makes it the most popular online platform among American adults, even more so than Facebook.

Naturally, with such a massive user base, Youtube has become a powerful advertising platform for businesses to advertise via Google Ads. An estimated $5.5 billion in advertising spend for 2020 is expected in the US alone. Even then, as of 2018, only 9% of small businesses were using the platform for their own advertising.

Youtube is not just for national brands and fortune 500 companies. Any business, with the right strategy and resource, can utilize engaging video advertising to get more traffic and sales.

While many people assume that Youtube is only viewed on computer screens and mobile devices (accurately mobile usage takes up 70% of total usage),, it’s actually quickly becoming a part of home entertainment. 250 million hours of watch time per day are happening directly on TV screens, just like regular old TV and cable. The biggest difference being that Youtube caters to an active audience, while TV has always had a passive audience (TV in the background mentality). Advertising then is different.

Advertisers have a variety of options on how they want their video ads to show on Youtube. The most common form is called TrueView Ads. This is the type of ad that streams before, or during a video being watched by a user. While it’s common for users to ‘skip’ these ads, the beauty of these kinds of ads is that Google only charges you anytime a user watches the ad for more than 30 seconds, or if a user clicks on the ad. This makes advertising in this style much more affordable than people think, especially if you’re goal is reach.  TrueView ads also include Discovery ads, which come in the form of sponsored ‘video’ listings that appear on the sidebar of recommended videos (similar to sponsored search results in Google.com).

If you’d rather have your ad not be skippable, you can always opt for non-skippable ad formats with a max length of 20 seconds. These need to be engaging and action-forward and tend to work best for hyper-focused ad campaigns that are expected to appeal and convert a very specific audience (they better, since you’re disrupting the user from their fun content!)

Lastly, a brief and common form of advertising is called bumper ads. These are short, 6-second format ads that appear at the end of regular streamed videos. Ideal for mobile users, these ads are all about quick brand exposure and can serve as a way of introducing a user to your brand, then prime them for a remarketing ad later. 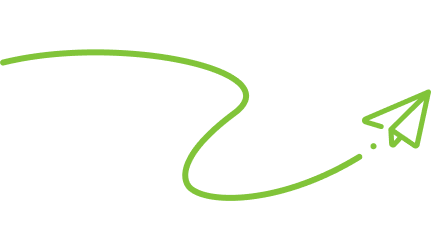